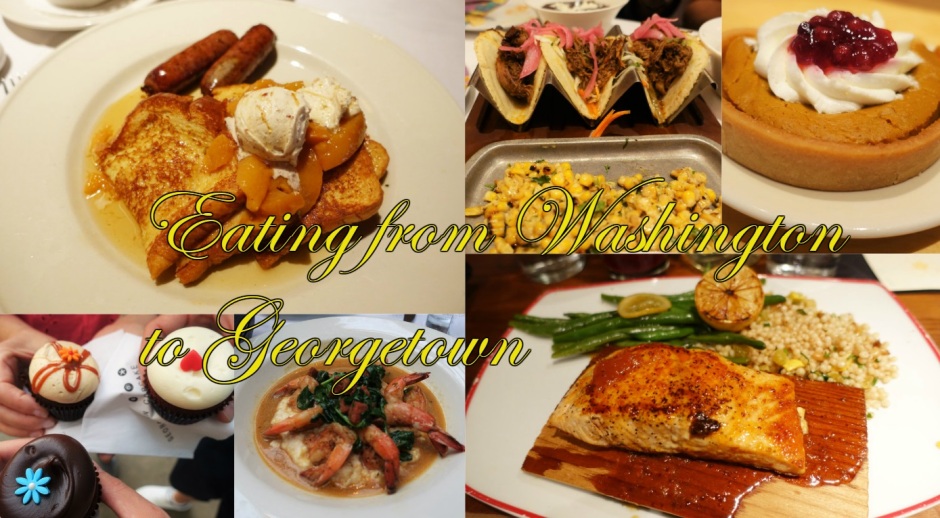 We didn’t expect to really indulge in Washington, but the food here was fantastic. There are so many amazing cafes and restaurants to choose, with every cuisine you could imagine. Many of which are dedicated to local fresh quality ingredients and preparing everything from scratch. Although most of this food was pretty decadent, it was lovely to try American classics and other ethnic cuisines done really well. We were only in these cities for a couple of days, but so much more to try and see when we visit again.

This restaurant is a historical landmark, just a short walk away from The White House. It was founded in 1856 and was a favorite of Presidents Grant, Cleveland, Harding and Theodore Roosevelt. The Victorian interior was really stunning and very well maintained for its age. The menu is upscale American saloon food. The breakfast menu includes all American breakfasts, omelettes, benedicts, sandwiches, pancakes, waffles, fresh toast, and pastries. They source their fresh produce from local farms and all their meat, poultry and seafood sourced from the native region. The dishes were so deliciously decadent that we could not eat like this every day, but it was truly a memorable breakfast. 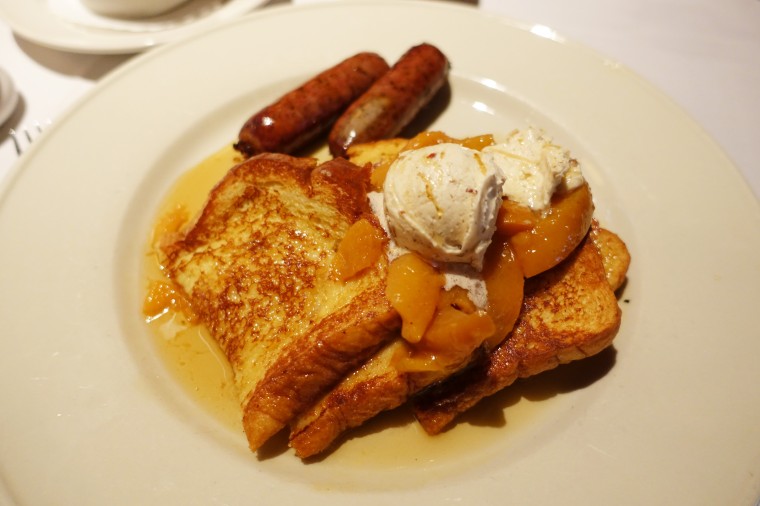 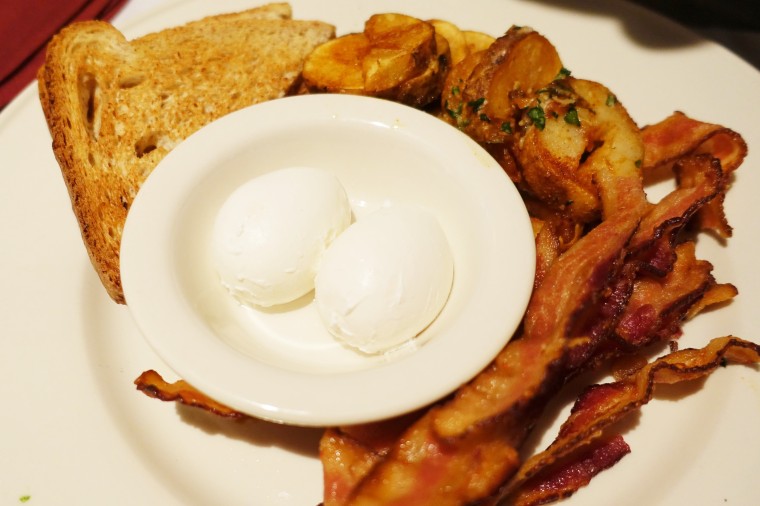 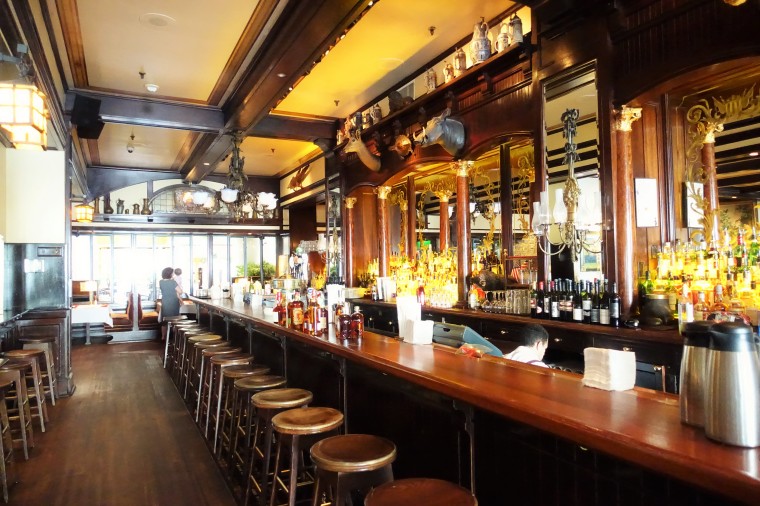 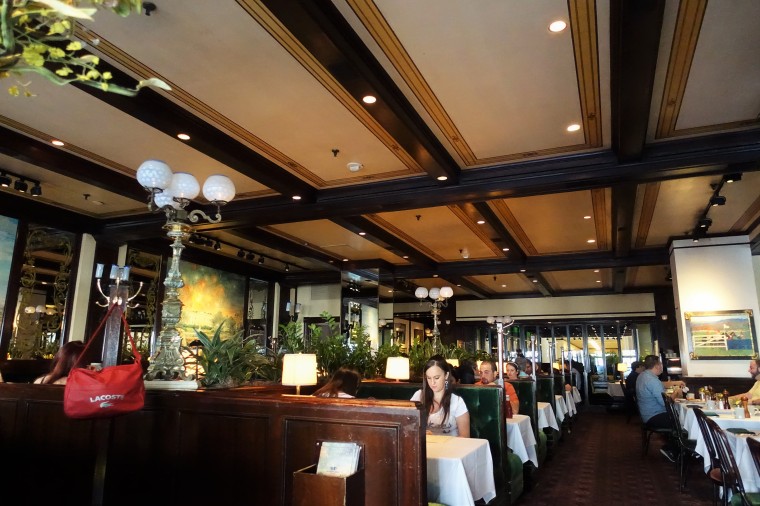 After going to Founding Farmers for dinner we were so impressed we wanted to go back for breakfast. It was a long wait for a table as its a very popular place for all three meals of the day. Their breakfast menu features American classics such as fresh toast, waffles, pancakes, benedicts, scrambles and poached eggs.They prepare everything from scratch and source ingredients that are grown, raised and harvested on American family farms. I went for a relatively simple breakfast. It was nice but not as amazing as dinner. Marco got the fried chicken, waffles and scrambled eggs. Talk about a heart attack on a plate. He loved it but definitely not something he wants to eat ever again. 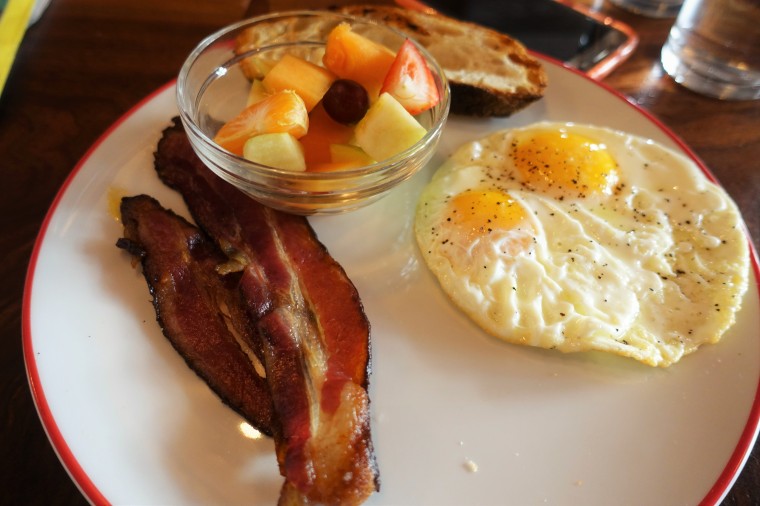 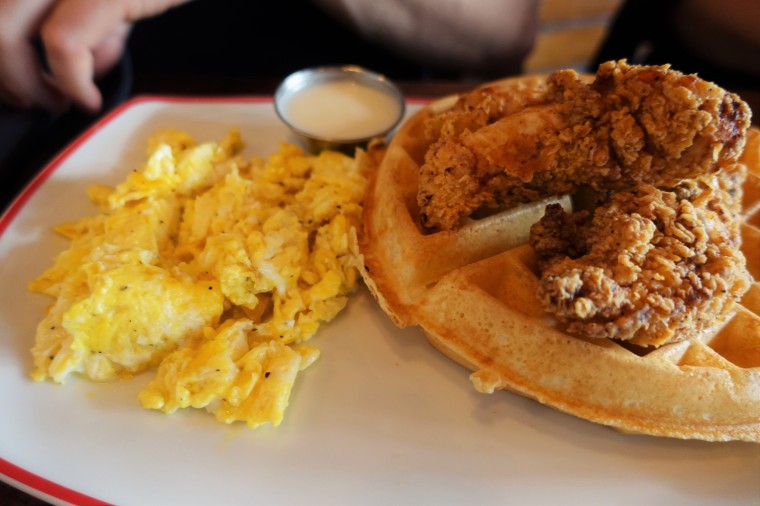 This little gem was right next door to Tom’s Chinese Laundry, which by the way is a great service. We went there after dropping off our laundry and needing a quick bite to eat before our walking tour. This industrial style pub offers a bit of everything, including sandwiches, pizza, ramen and some smaller vegetarian dishes. They offer something for everyone, the food is pleasant and the staff was lovely. 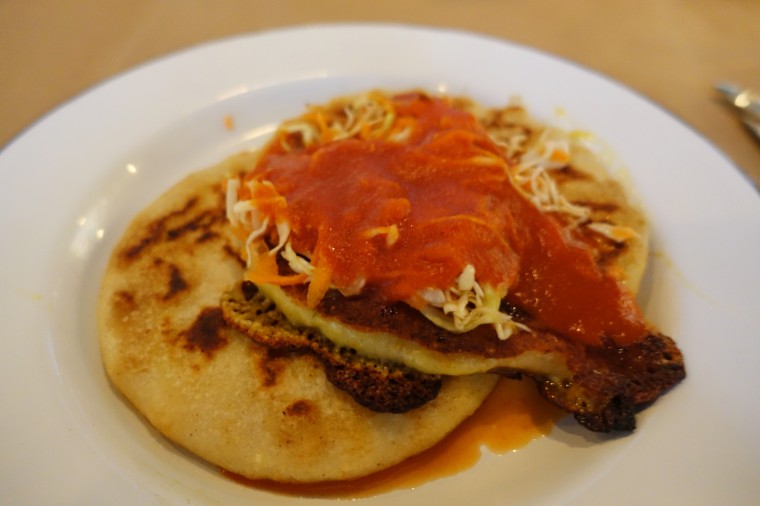 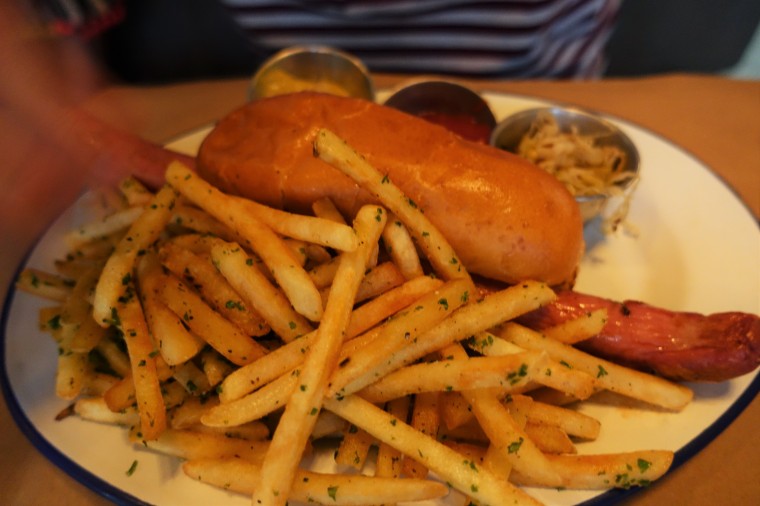 This organic gelateria has a few locations throughout Washington and their focus is on quality ingredients and health gelato that doesn’t compromise on taste. The gelato is made of organic milk from free range cows and their dairy free sorbets are made with fresh organic fruits. They even use organic unrefined cane sugars and fresh spring water to makes sure that their frozen goods are as healthy and pure as possible. We stopped in for a late night sorbet and really enjoyed their flavours. 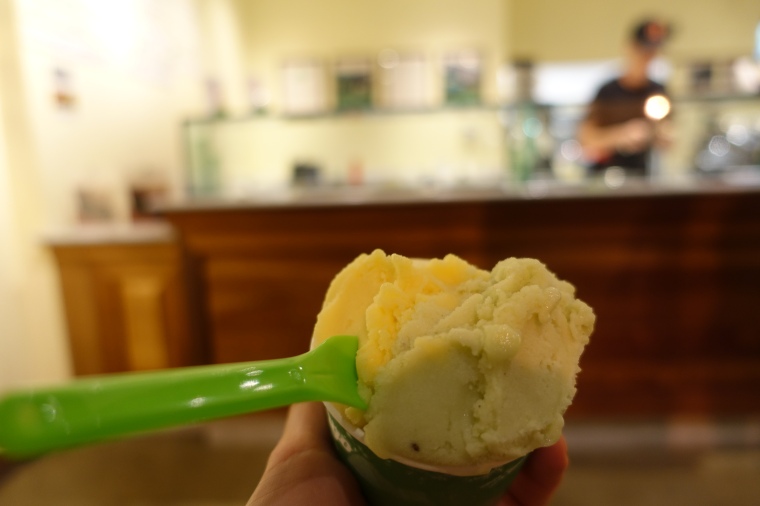 When researching the best place to eat when visiting the many museums on the National Mall, Mitsitan Native Foods Café kept coming up. They are situated in the National Museum of the American Indian, between the Smithsonian National Air and Space Museum and Capital Hill. It is essentially a food cafeteria which  Native American fare, which depicts regional cooking techniques, ingredients, and flavours. There are four themed counters, which offer mains,

For lunch, we ordered a few things from different counters. The soup was from the South American, and Chimichanga from Mesoamerica. The desserts were not assigned to any counter. Everything was really delicious and fresh. It was a great opportunity to try native foods that I wouldn’t have tried. I would definitely go back for a cheap eat if I was in the area again. 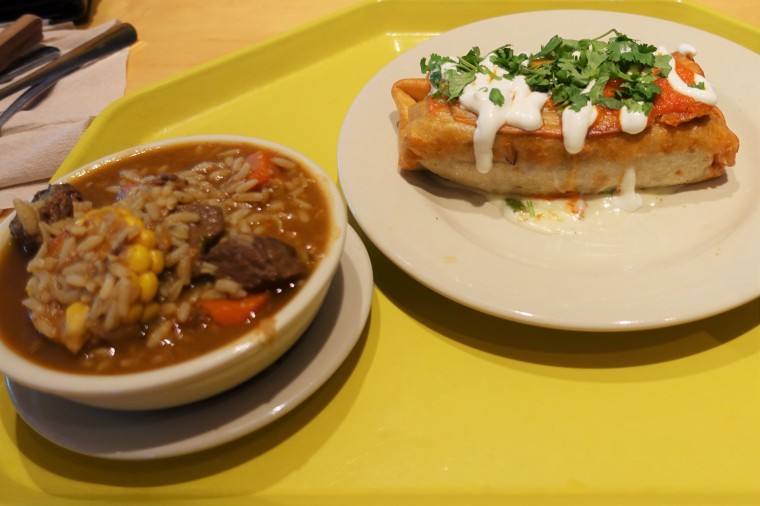 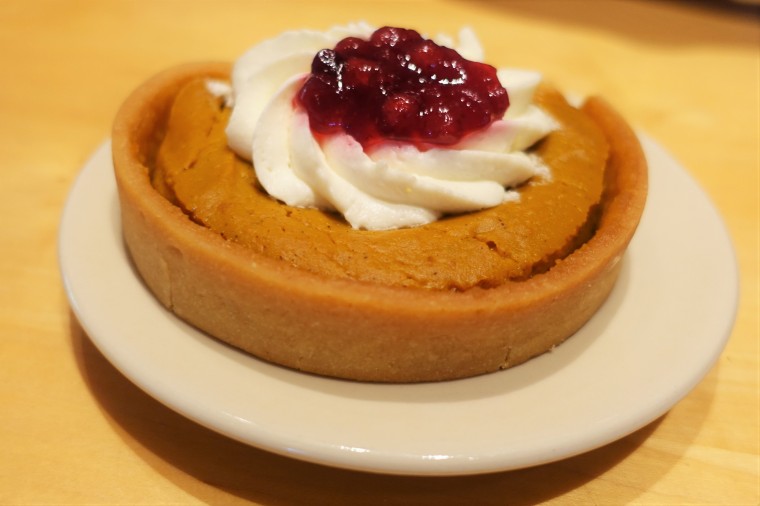 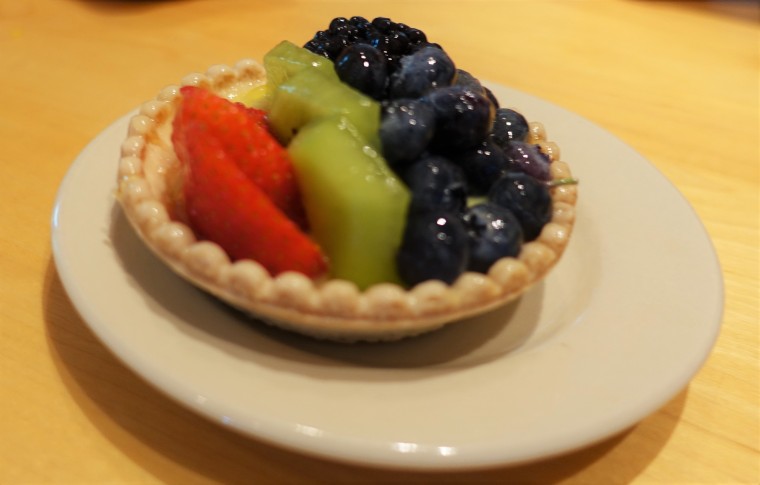 Although I visited the Boston location I thought Georgetown Cupcakes deserved a mention on this post. They offer an abundance of flavours and even cater for vegans and gluten free. I’m so happy we got to try them in Boston as the Geogretown store’s line was so long we missed out. The frosting was really delicious and they give you quite a bit. The cake itself was nice and moist and flavoursome. There are a few other cupcake stores in Georgetown but be prepare to wait. 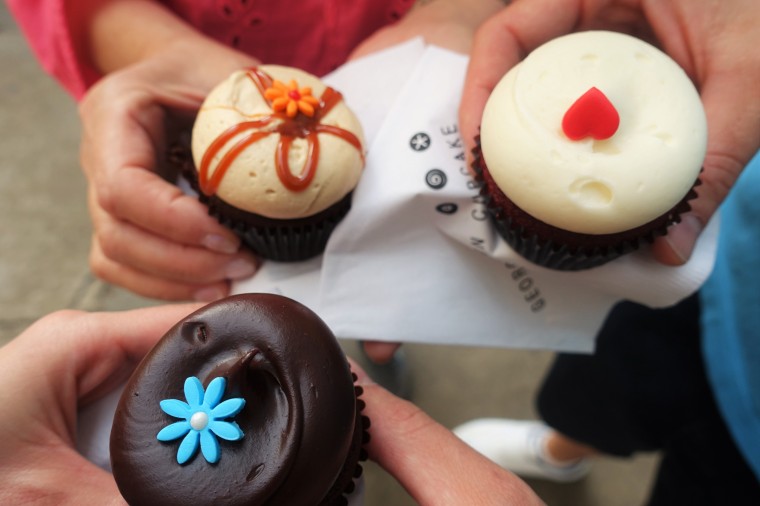 Perhaps one of the nicest dinners we had on our trip was at Founding Farmers. As I mentioned above they prepare every in-house and are a farm to table restaurant. They menu offers a variety of all-American fare, including burgers, ribs, stews, handmade pasta, meatless dishes, and seafood.

I had the wild salmon, which was amazing. The marinate really took it to another level. My partner had the platter which looked pretty good too. He was very happy with it. My mother-in-law had the yankee stew, which she also really enjoyed. Then was on to the desserts. We don’t often do desserts but I’m so happy we did here. The apple pie was beautiful and the icec ream was so creamy with real vanilla bean. We’d never had beignets before and we weren’t disappointed. They were perfectly fried and the sauces were the cherry on top. 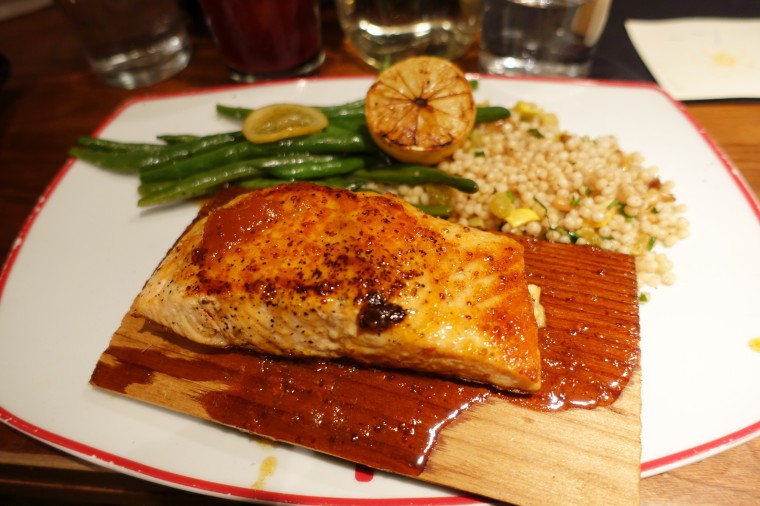 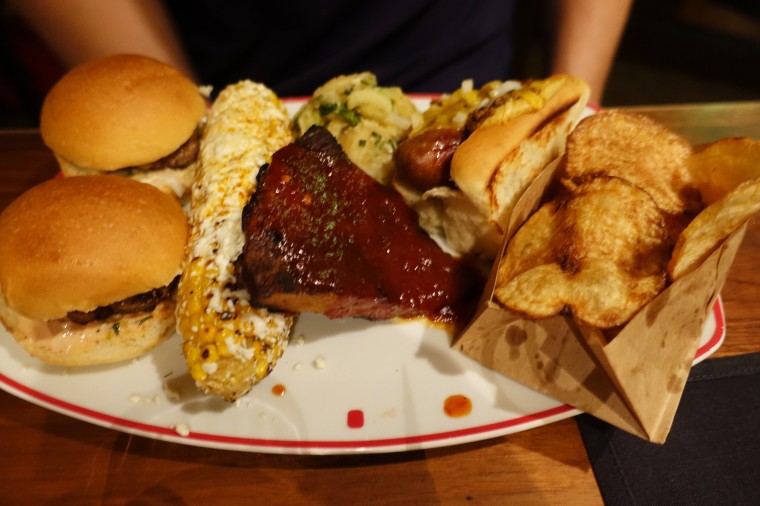 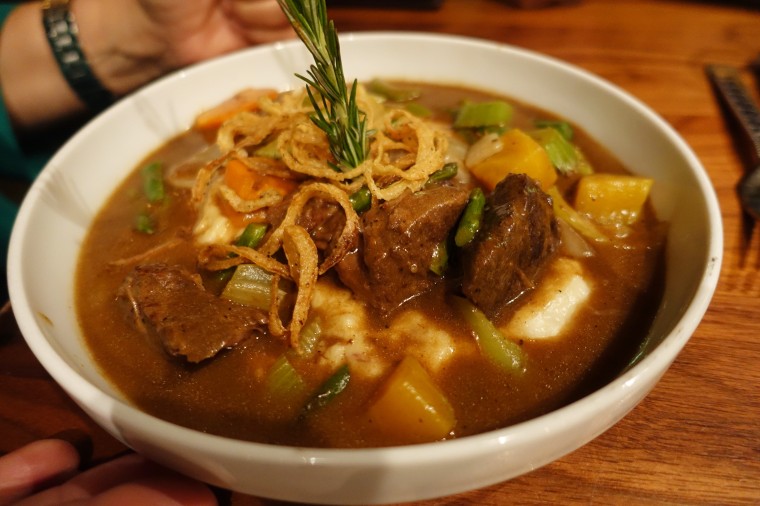 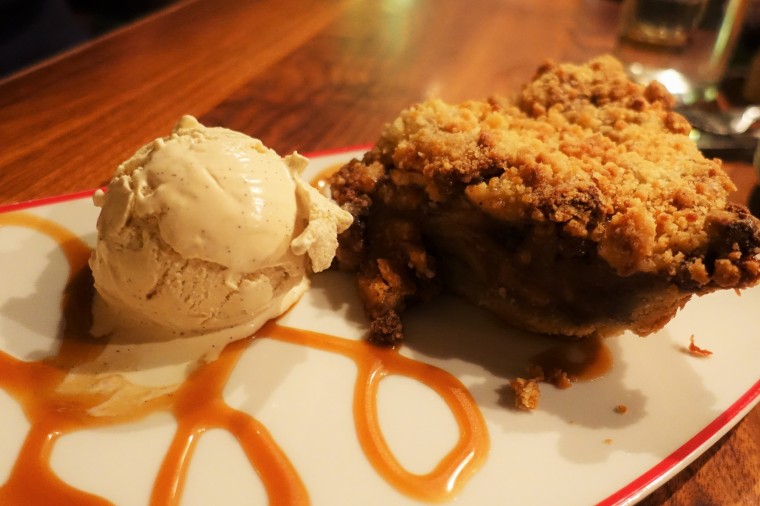 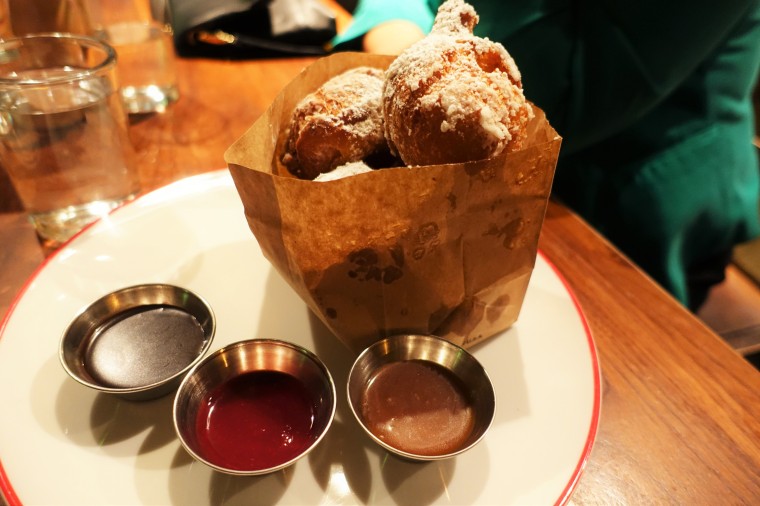 This place was really busy and we were lucky to get a table. I got the shrimp and grits, which I’d never tried before. It was lovely and flavoursome. The others had a sandwich and a burger and they were also very happy with theirs. Kicking myself I didn’t have dessert. 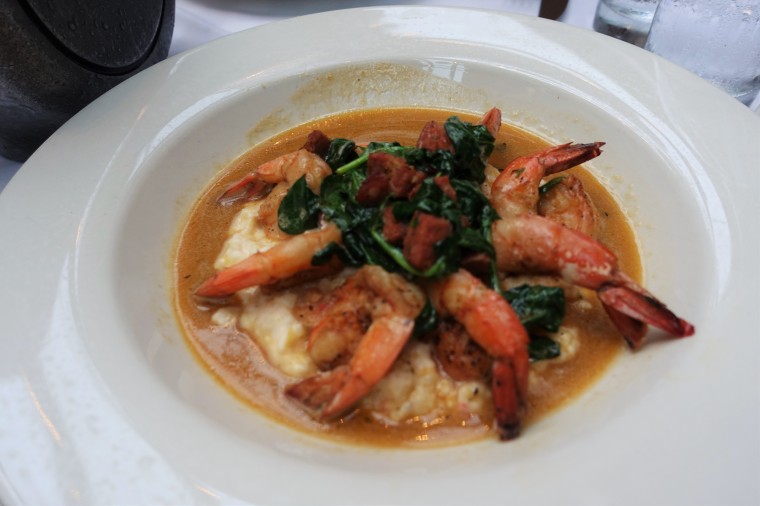 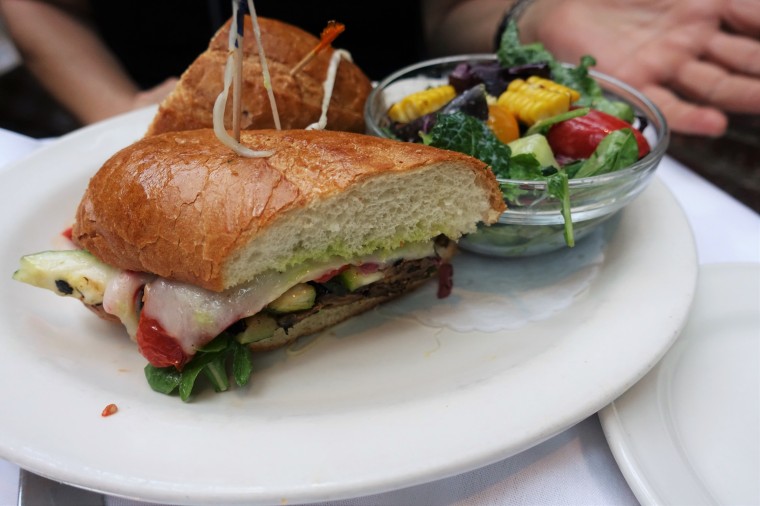 Veggie Sandwich, with half salad 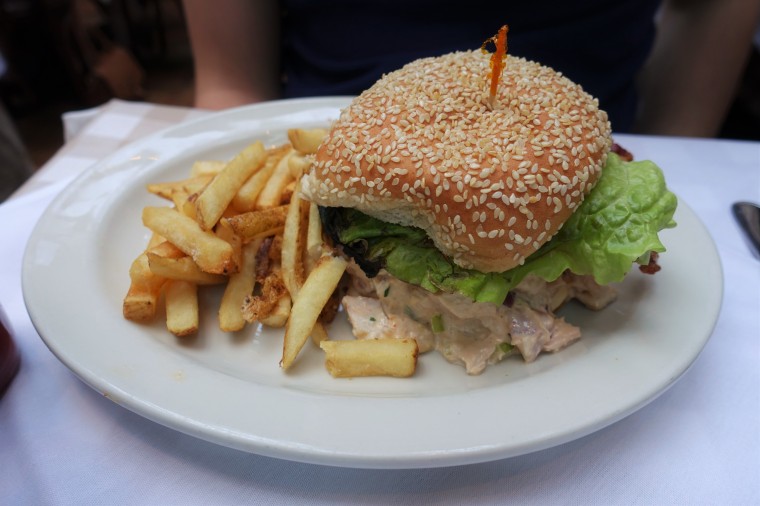 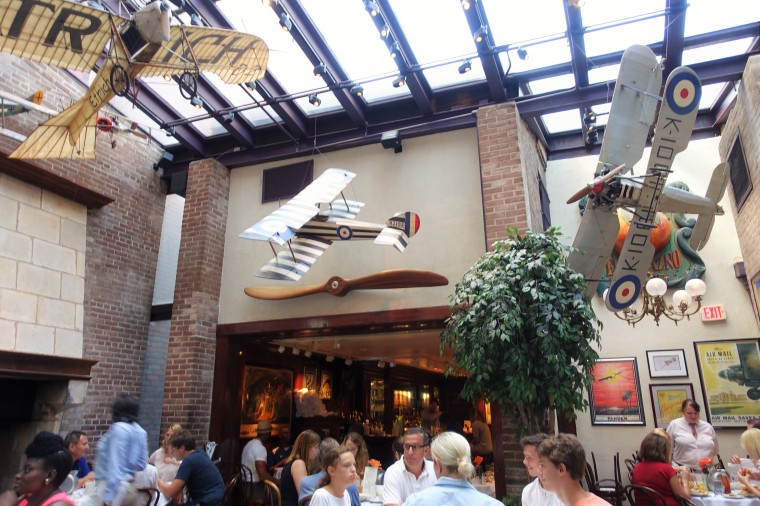 On our last night in Washington I really wanted to try authentic Mexican food. Rosa’s is an upscale Mexican restaurant offering  modern yet authentic food. The dining room is also quite spectacular,  with the 14-foot wraparound windows and the  Traditional folk crafts. The menu is quite extensive, including enchiladas, tacos, house specialties and Sonora-style grilled dishes. They also have a large vegetarian and gluten free menu.

We ordered a range of dishes to share. The Guacamole was made and served table side, so it was lovely and fresh. The rest of the dishes were fresh, fragrant and oh so delicious. I definetely would go back here. 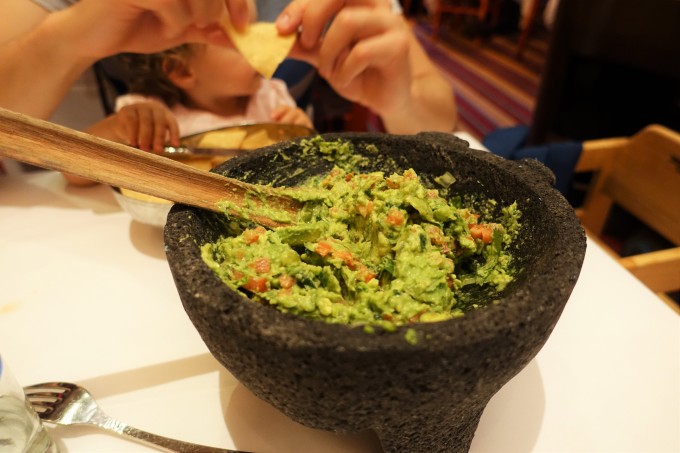 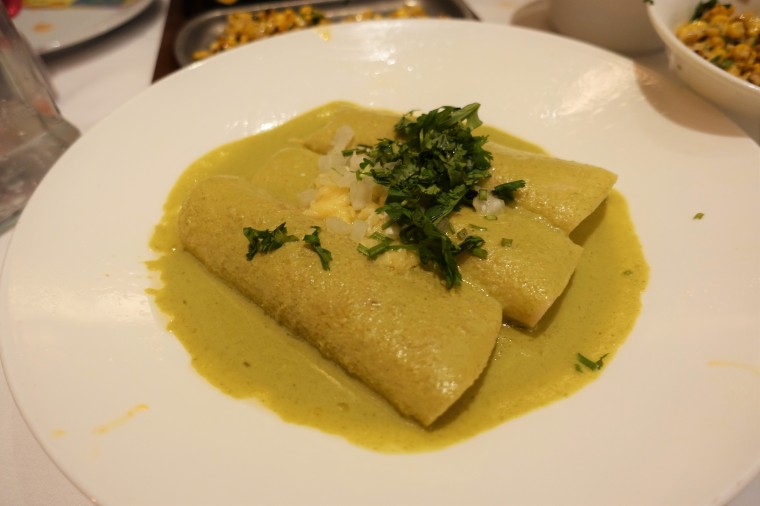 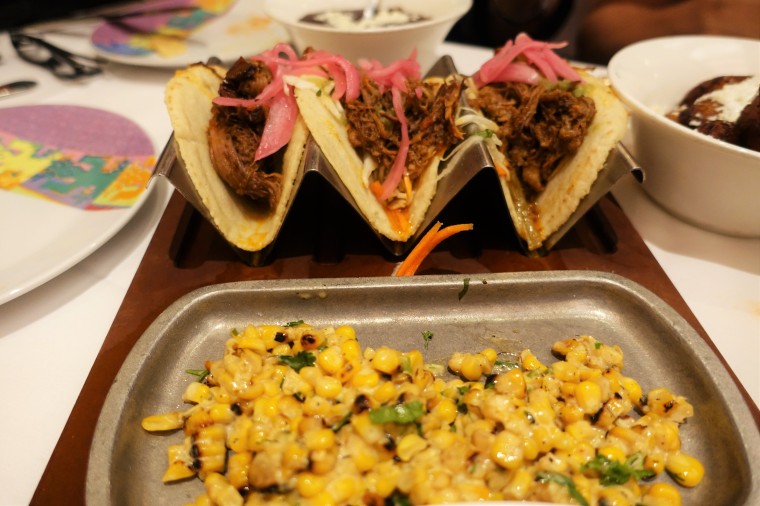 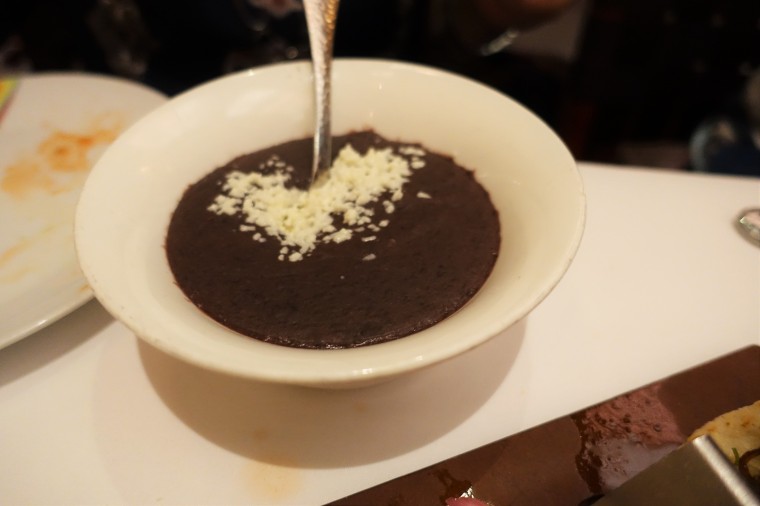 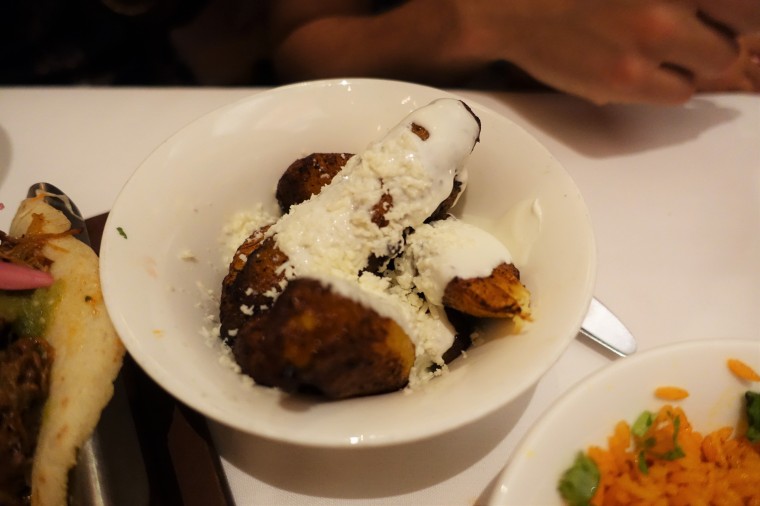 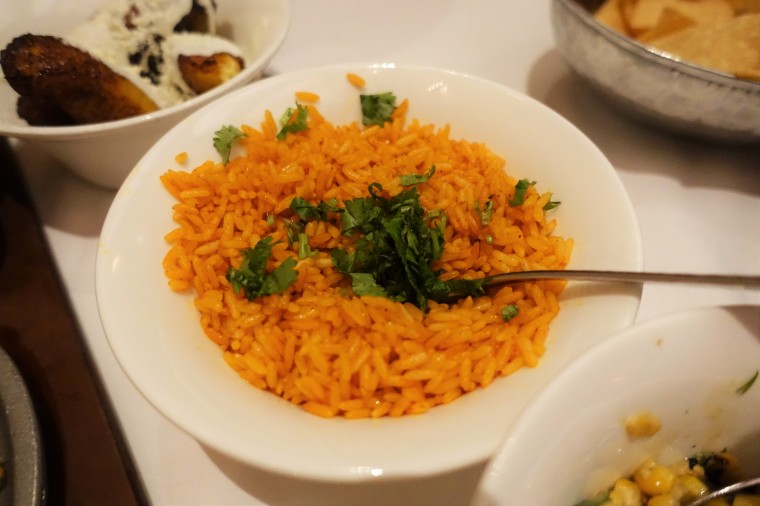 Other highly recommended cafes and restaurants: