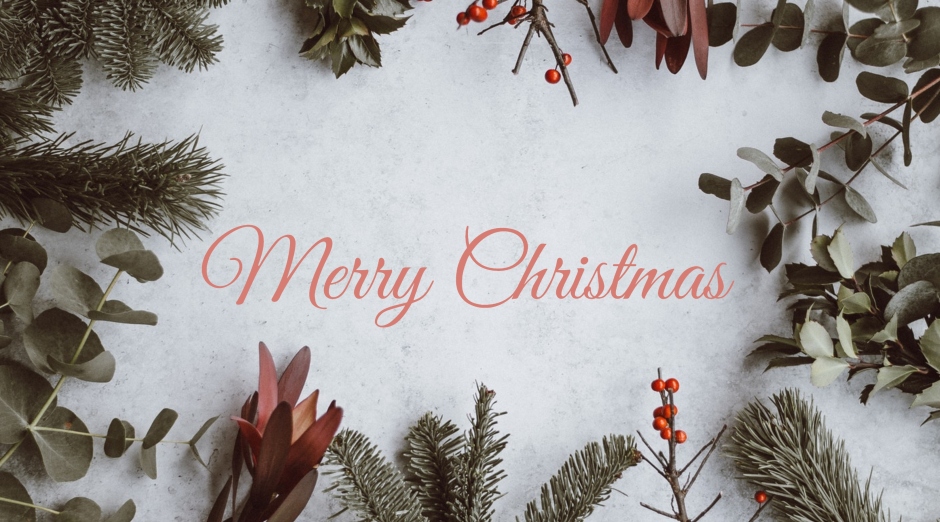 Merry Christmas and Happy Holidays to everyone! Some of you may be celebrating Christmas or Christmas Eve today. In Australia it’s Christmas Day, so I will be spending the day with family.

During this past month I haven’t been able to post anything on this blog, do Christmas shopping and prepare for today, as I have been very unwell. After initially getting a virus, I recovered, then my daughter got it and she recovered. However, then I got a mutated version which lead to a viral and bacterial infection. So I have been bedridden most of this week. However, today I am feeling well enough to be around people and enjoy one of my favourite days of the year.

Unfortunately for my family they won’t be getting any presents from me today. I normally start doing my Christmas shopping in November but I was a bit late to start this year and then I wasn’t able to do any. I guess I’m also not feeling as materialistic this year. In saying that Santa and Marco did leave me some presents. I got a these gorgeous two dresses from Baby Lemonade. The cookbook, Salt, Fat, Acid, Heat: Mastering the Elements of Good Cooking, by Samin Nosrat. I am so excited about this book after watching her series, Salt Fat Acid Heat on Netflix. As for colouring books I finally got Johanna Basford’s new book World of Flowers and Emelie Lidehall Oberg’s Fairy Tales Colouring Book. I am a big fan of both these ladies work, so I knew eventually they would be joining my collection.

Over this past month I planned to do as much Christmas colouring as I could. I didn’t do as much as I would like to since I wasn’t feeling up it, but I did about nine pages in a few books. Today I will just share a couple page, since the rest are from Johanna’s Christmas. I will do a book review and flip through, to showcase that book in the next few days.

The very first picture I did for Christmas colouring this year is from one of my recent books that I had yet to start. This Christmas Angel is from
Creative Haven Beautiful Angels Coloring Book, by Marjorie Sarnat. I coloured her with Prismacolour and used white gel pen for some of the details and cover some of the black lines. The paper in this book is quite good, but it was a little challenging to blend too much with Prismacolor. I also find most of the pictures are quite busy, so I tried to just reuse the same colors. I am not too sure about the flowers and the pink, but I prefered not to use red. Overall I’m quite happy because the original sketch is quite flat so I think I bought a little dimension to it.

The next picture is from ESCAPE Collage Art by Marty Nobles. This is my second picture in this book and the perfect Christmas image. The paper in this book is a little different. It is thick but its closer to a old children’s colouring book. I do find that soft Prismacolor pencils work well, which is what I used. I just found it challenging when layering for animal fur. It took me a while to do this one as well, as I wanted the right colors that would be harmonious and more old fashioned rather then bright and modern. My background is a bit strange, but I had to give it a little texture. The snow dots where actually already drawn in the picture, so I just used a white gell pen to bring them out. I don’t mind this picture so much now its done. What I reallly like about this book is that you can focus on different sections, which don’t take too long to complete.

The last thing that I will share with you today was Marco’s birthday dinner, which was a week before Christmas. If you remember last year I made him the Feast of Seven Kingdoms. Well I didn’t go that overboard this year. Octavia had just gotten better and I was on day one of my second bout of illness. I took a couple of short cuts, but I tried to make everything from scatch. We didn’t have a huge amount of guest, so there was plenty for food for that night a couple days of leftover.

So when they arrived to served this platter, which included Proscuitto di Parma, Organic Nitrate Free Legham, gerkins and Rice Croquettes. These croquettes are my Nonna’s specality, which she makes at every family event. I finally tried my hand at making them. I also made a couple gluten free for my nephew. According to Marco mine were really good, but not as good as Nonna’s since she fries hers a bit longer.

For the dinner I served homemade Papardelle with a Traditional Bolgnese sauce. I used this recipe from Food Nouveau and it was pretty good. The traditional ragu uses butter and milk, white wine and much less tomatoes. I cooked it for three hours and it was just so full of flavour. I think the secret is really pushing the meat to carmelise. Since I’m not in the habit of using milk I did use lactose free, hoping that it wouldn’t affect anyones allergies. I also made homemade Gnocchi with pesto and topped with Pecorino Romano. I normally make my own pesto but I used a good quality organic brand to save time. I also made Baked Tuna Canneloni, which had Fontina cheese in the bechemel and filling. Everyone was surprised to really enjoy this one. I also made a green salad and sauted kale with raisens (forgot the pine nuts). For bread, since Serbian’s need their bread I made Focaccia. My sister and brother in-law actually have their own Pizza restaurant, so I was able to use their dough to save time. I added lots of EVO to the dough and a salt brine and let is rise a couple of times. I should have probably split the dough in two, so that it would be more crispy and not as high. Nobody cared, they actually really liked it and there was really not much left at the end of the night.

Lastly for the birthday cake, I purchased this as an impulse buy from a the French bakery, Jocelyn’s Provisions. It was a small Chocolate Sour Cream Cake Small Round, topped with white cholate ganache and sprinkled with
candied violets.  It was extremely rich, but really delicious.

If you made it this far down let me know what you did for Christmas? Any special art projects, cooking or eating endeavours?