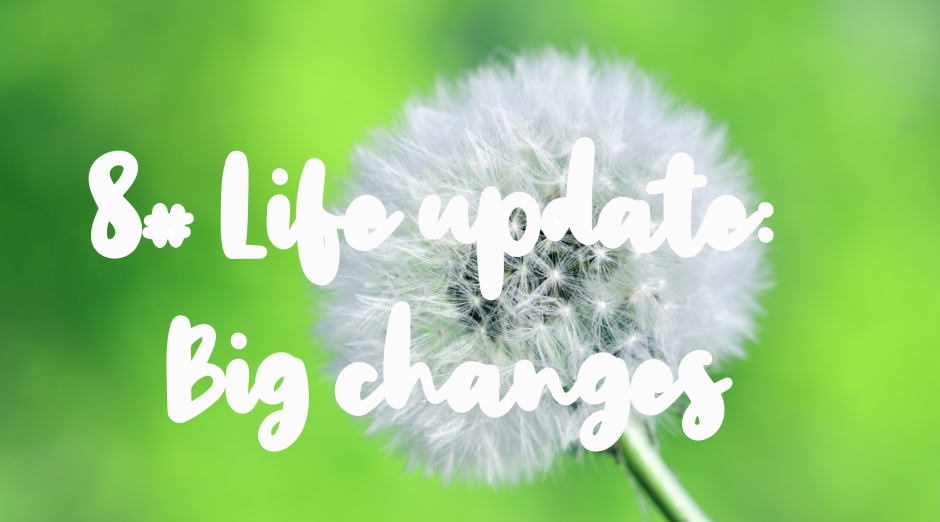 I’ve been a bit quiet the past few months, as I prepare for the changes in the year ahead. I can’t believe its almost the end of 2019. This year has gone so much faster than the past few years for me. I’m not sure why, but it may be because I have been getting a lot more sleep with a 4 year old.

So the biggest change that I have been trying to get used to and also preparing for is a new baby. I am currently 15 weeks pregnant and due in late May. I only announced it recently to my friends and family, even though I have known since I was a few weeks pregnant. I had a bad cold early on and then a minor spout of food poisoning, which had me a little paranoid. However, everything seems to still be going well. I had a chance to hear the babies heartbeat and speak to my midwife and she wasn’t concerned. The photo below is the little bub at 7 weeks. I won’t be able to get another look in until I’m 18 weeks.

Since I had my initial scan I have also done a non-invasive blood test around 11 weeks. I found out I am having a boy! I wasn’t so surprise at this because my symptoms have been really different from the first time around.

First, there were crushing migraines that didn’t fade with pain relief. Next, I had constant morning sickness that was probably wasn’t as bad as last time, but is lasting much longer and doesn’t seem to get better with crackers and ginger tea. I have also had shortness of breath and exhaustion when standing for too long. I don’t know if this is because I am older then last time or just a different experience. Lastly, I have started showing really early. Last time around, my tummy was so small that they had to scan me at 35 weeks because they were worried the baby was too small. But this time around, my body knows what to do. So I have a huge tummy, which doesn’t leave much room for food. It’s not hard to overeat, which is quiet painful for hours after. On the bright side, I’m not disgusted by food too much. I can stand to eat greens and beans if they are put in front of me.

The next big thing is that my little O has graduated Kindy! That means she is starting school next year in grade Prep. She is so excited and although we had some reservations about holding her back another year, we ultimately decided it was best she starts straight away. I think she needs to be enrolled somewhere every day, with some old and new friends her age. She’s going to learn Japanese, taking dance classes, participate in sports, as well as learning the basics for reading, writing and maths. I’m so excited to see her thrive in her first year and hear about all the next things she learned and the new friendships she will forge. It will also be nice to have the house to myself for 6 hours a day, with a newborn.

So in preparation for the next year, I have already been planning a baby nursery. I am determined that this baby isn’t going to co-sleep like O did. As magical as it was, I’m hoping this one doesn’t need to comfort of a warm body and wake up every hour for the next 4 years. I only recently got O in her own bed for the entire night. So with this enthusiasm, I have been looking at the amazing range of Greenguard Gold certified nursery furniture at Pottery Barn Kids. Aren’t they gorgeous? Most of them also convert into toddler beds, which is really handy when they are in the awkward phase of climbing out of the cot, but can’t be put in a single bed yet.

So that’s the big change in my life that is coming in 2020. I am hoping that I will still be able to blog in the new year and this baby is a lot more manageable than my first. But I guess time will tell how things will go the second time around.

Have you got any new changes in the new year approaching?