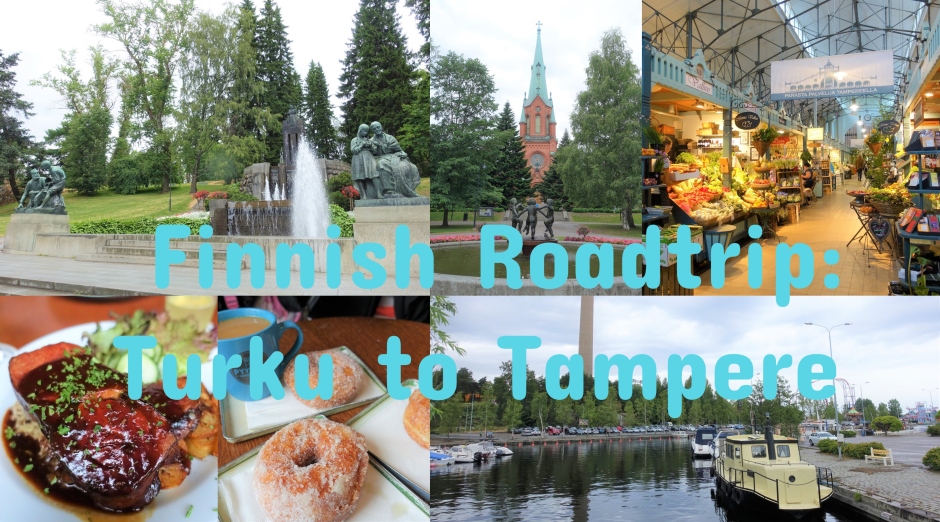 On day two of our Finnish roadtrip, we started the day in Turku and drove to Tampere. It was quite a rainy day, so we didn’t do as much walking as usually, but we do alot of eating. Some of the highlights of our day include the Turku Cathedral, Tampere Cathedral, lunch at the Tampere Food Hall, eating the best donuts in town and ending the day with a satisfying Belgium gastropub meal.

We woke up in the Scandic Hotel in Turku, which was actually the only hotel we stayed in during this trip. The room wasn’t very exciting, so I didn’t photograph it. It was comfortable and clean though. The only reason we didn’t book an Airbnb for this location was because they were much more expensive at the time of our visit then this hotel.

The good thing about staying in a hotel is the free buffet breakfast. I was a bit curious what kind of foods they would give us for breakfast in Finland. I wasn’t disappointed either. There was a variety of pasteries, Finnish breads, fresh fruit and vegetables, ham, cheeses, herring, oats with berries, roasted vegatables. giant baked beans, juice and coffee. This was probably my favourite breakfast buffet on this entire trip, since I wasn’t a big fan of the buffets on the ships.

The last place we had to visit before leaving for Tampere was the Turku Cathedral/Turun tuomiokirkko. It is located off the bank of the Aura River, across from Downtown Turku. We had been nearby the night before, when we walked along the promenade of the Aura River and had dinner.

This cathedral is massive in size and is considered to be one of the most important Lutheran churches in Finland. It was previously a catholic cathedral, built in the 13th century and constructed of wood. However, it was later renovated and constructed mostly stone during the 14th and 15th cenutry. It was also badly damaged during the Great Fire of Turku in 1827. During the reformation the catherdral became Lutheran and much of its present interior was designed during the 1830s, by various renown artists and architects.

The altar was just gorgeous and awe-inspiring. The Altar piece was painted in 1836 by the Swedish artist, Fredrik Westin and depicts the Transfiguration of Jesus. The walls and roof surrounding the high altar are Romantic fresco’s, which were painted by the court painter,  Robert Wilhelm Ekman. This series depict the events from the life of Jesus, and the two key events in the history of the Finnish Church, including the baptism of the first Finnish Christians by Bishop Henry and the presentation to King Gustav Vasa by the Reformer Michael Agricola. The rerdos behind the High Altar and the pulpit were both designed by the German architect, Carl Ludvig Engel in the 1830s.

The side chapels were originally dedicated to various saints. However, most were converted to funeral vaults. Many of these graves and memorials are of notable people, including bishops, military commanders and royals. One of the most famous is Queen Karin Mansdotter, wife of King Erik XIV. Her sarcophagus is overlooked by a beautiful stainglass window, featuring the Queen and her sons. It also had a large playroom for children. This is such a great idea and something I have only come across in Sweden and Finland.

Driving to Tampere took about two hours. We were anxious to get there so we didn’t make any stops along the way. I am not sure that there are any notable ones to make anyway. We first settled into our Airbnb. We were hosted by a lovely elderly couple, who provided us with a cosy, modern apartment. It was located in the Amuri district, a short walk from the Särkänniemi amusement park.

So Tampere is not a place I knew about before we were planning this road trip. So I will tell you what we learned. It’s one of the most populated inland city of all the Nordic countries and it is located in Pirkanmaa, southern Finland. It is known as the ‘Manchester of Finland’, because it was formerly industrial history. It is surrounded by over 2000 lakes and ponds, which make up 24% of its land surface. It is full of parks and green areas and also has popular amusement park, Särkänniemi and a host of other attractions.

On our way into the Tampere city centre we first stopped at the Alexander Cathedral/ Aleksanterin kirkko. It is surrounded by a large green park, Pyynik Church Park. Previously this park was the old cemetery of Tampere, but ceased to be used for this purpose after a new cemetary for the city was built in 1880s. However, during the Civil War in 1918, the land was used as a mass grave. It has a beautiful little fountain which is overlooked by the stunning architecture of the church.

Alexander Church was constructed by Theodor Deckin in 1880-81 and is known as one of the most beautiful examples of Neo-Gothic style. It was named after the Czar Alexander II for his 25 anniversary of his coronation.

By now we were pretty hungry so we headed to the Tampere Market Hall/Tampereen Kauppahalli. It has been operating in a gorgeous art nouveau building since 1901 and has become the largest indoor market amongst the Nordic countries. It is bustling with over 40 vendors, sellingn fresh fish, meat, cheese, pastries, local foods. It has a host of cafes and restaurants and is open Monday- Friday 8am-6pm and Saturday 8am-4pm. This is the perfect place if you after a quick lunch or Finnish snack.

After looking around a bit we ended up choosing Ravintola 4 Vuodenaikaa. They offered French faire, including homemade sausages. They actually make 20 different sausages for their deli stall, from a variety of local meats, including pork, sheep, elk, reindeer, bison etc. It’s a lot more fancy then I expected to see in a Food Market. Marco and I both ordered the same dish which was Housemade Sausage (I think it was boar) with roasted potatoes and dijon aioli, with a small side of bread, salad and watermelon. It was simple but delicious!

After lunch we walked down to the city centre. Here you can find various department stores, restaurants, music venues, concert halls, theatres and cinemas. The large square in the photos below is the Tampere Central Square or Keskustori. It is quite open and is lined with important buildings, including the Tampere City Hall, Old Church of Tampere and Tampere Theatre.

Since it was rainy, we made a coffee and donuts stop at Pynikin Munkikahvila. It is only a small cafe just off the Tampere Central Square, but they also have another location at the Pyynikki Oberservation Tower. They offer sweet option, including large, small, vegan and gluten free donuts, cakes and “Wilhelmiina” biscuits. For something savoury, they offer grilled foccaccias, salads and more. They also offer a range of beverages, including filtered and espresso coffee.

Well we only came for the donuts and damn where they good! We just got the regularly large donuts and they were just perfectly spongy and sweet. These were the fried sweet treat we had so far. Marco also got a filtered coffee, since he was such a fan by now. I got my favourite oat milk cappuccino. This is definetely a must-eat stop if you are in Tampere.

After that we headed towards Särkänniemi. We went past the large city park Näsi Park or Näsinpuisto. This park is 6.2 hectares in size and was originally a bare rock. However it was redesigned by Swedish gardener, Svante Olsson. At the highest point you can find Näsilinna Palace, which was built in 1898  and is now a museum. Since we were on our way through we only took some photos at the Näsikallion suihkukaivo (Näsikallio shower well). This Art Nouveau granite fountain was completed in 1913 by architect Birger Federley and the three bronze sculptures are by Emil Wikström. The statues are based on old folk tales and are in the style of French realism. It is quite stunning to see on a sunny day or even a rainy day.

We walked all the way to the amusement park Särkänniemi, which has quite a few attractions along side it. These include Doghill Fairytale Farm , Aquarium, Planetarium, and the famous Näsinneula observation tower. I really had my heart set on taking Octavia to Doghill Fairytale Farm. However, due to the weather conditions most of the animal were going to be put back in their enclosures and alot of the programming was cancelled. We decided not to both with visiting Särkänniemi either since with little for O to do and we would only have a few hours. Instead we stopped by a little playground on our way back to the apartment. I was a little sad, but I think for the ticketing prices you should really spend the whole day.

For dinner we visited the Belgium Gastropub Tuulensuu. This is the perfect place for a hearty dinner and some drinks on a drizzly evening or with some friends. They menu is quite traditional and offers a variety of snacks and small dishes to enjoy with an alcoholic beverage or meat-heavy mains. The prices are also pretty reasonably as well.

We started with some Apple ciders, followed by Schnitzel with fries  and Smoked pork neck, roasted potatoes, horse raddish, Sauerkraut and beer sauce. They were massive meals and was definetely enough for two and half hungry people. They were incredibily delicious and cooked really well.

Well that’s it for today. We have a couple more stops in Tampere tomorrow morning before we make our way to Jyväskylä during the Midsummer holiday. 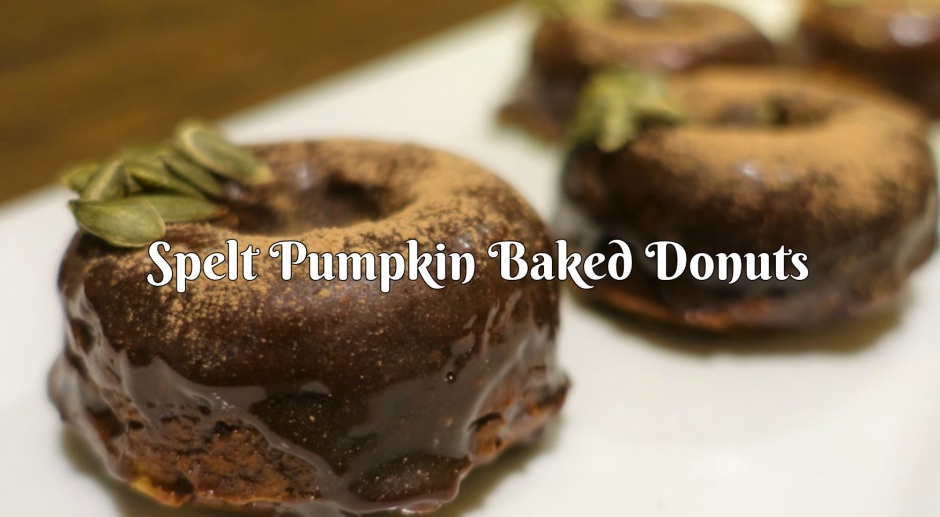 I was so inspired by my recent visit to Nodo, I decided to create my own baked donuts. Mine aren’t gluten-free however, they are vegan, soy-free and nut-free. They are also made from mostly spelt and with fresh pumpkin, so they nutritious and easier to digest. Coconut sugar also works beautifully in them, so they are just sweet enough. I hope you like them!

END_OF_DOCUMENT_TOKEN_TO_BE_REPLACED

I can’t believe I only just found out about this great little cafe in Newstead.  I had actually seen Nodo donuts at Pando Cafe in Brisbane city, but I never stopped to try them. I have been a bit out of the loop since my daughter was born in 2015, which is probably why I never knew Nodo opened their own location in October that year. Then a friend who recently returned to Brisbane told me about this cafe with amazing gluten free donuts. After seeing his Instagram I knew I had to try this place.

Nodo cafe has two locations, in Newstead and the CBD. Although they are known for their amazing gluten-free baked donuts, they also make a variety of other gluten-free baked goods, brunch and lunch dishes and drinks using wholesome ingredients.

I visited the Newstead location, which is quite contemporary and minimalistic in style, yet very inviting. The corner location is flooded with natural light from large windows and features pale timber furnishings and polished concrete flooring and counter. The indoor plants also give the space a fresh and welcoming vibe. Patrons can choose to sit outside, or inside along the windows or upstairs.

The front counter features all the beautiful freshly baked donuts, as well as other baked goods, raw treats and cold-pressed bottled juices. Their menu features a selection of gluten free breakfast and lunch dishes, both savoury and sweet. There are burgers, salads, smoothie bowls and eggs, all featuring super healthy ingredients. The drinks include coffees made from their own house blend, specialised coffee drinks, teas and a variety of super natural shakes. They don’t just cater this menu for gluten-free, but also dairy-free, refined sugar-free, vegetarian, vegan and carnivores. So there is something for everyone.