Last Wednesday we celebrated Anzac day in Australia and New Zealand. This day commemorates and remembered the soldiers fought at Gallipoli against the Ottoman Empire during World War I. It also celebrates all Australians who served and died in all wars, conflicts, and peacekeeping operations. Anzac Biscuits originated from WW1, as these biscuits were originally made by women’s groups and wives and sent to the soldiers. They were specially made with ingredients that would travel well, which typically included rolled oats, flour, sugar, butter, golden syrup, baking soda, boiling water, and desiccated coconut. It still remains a tradition to make Anzac Biscuits for this national holiday, but they are also popular to consume throughout the year as well.

Anzac biscuits are usually quite hard. I have never been a huge fan of them, as I prefer softer biscuits that don’t break a tooth. Homemade Anzac biscuits are a little softer then the hard commercial ones, but they do have chewy whole oats, which I’m also not a fan of. Most people do love them though, so I guess its a preference for me.

I never make Anzac biscuits myself, but we were having a BBQ with the family for the day and I really wanted to make something sweet. My intention was to use up the Buderim Crystallised Ginger, which I bought by accident when I was looking to replenish my Buderim Naked Ginger snack stash. I have been addicted to dried ginger since Marco’s Feast of the Seven Kingdoms. They are a great substitute for late night chocolate cravings and nobody likes them except me, so win win. I asked the kids if they prefer muffins or cookies and cookies won, so when I was looking for some inspiration I thought why not spike some Anzacs with a ginger infusion.

My recipe is a little different to the original. Most modern recipes call for butter, whole rolled oats, boiling water, golden syrup or treacle, and white or brown sugar. I wanted mine to be soft and chewy, but without raw oaty flavour and overly sweet taste. So I grind the rolled oats, skipped the golden syrup and traded regular sugar for coconut sugar. I also added some ground ginger and crystallised ginger, which gave a pleasant ginger flavour, that even the kids liked since the baking took away the ginger burn. These are also vegan, which is you can share with your vegan and dairy intolerant friends. I’m pretty happy with this recipe so I think this will be a tradition that I will continue every year. 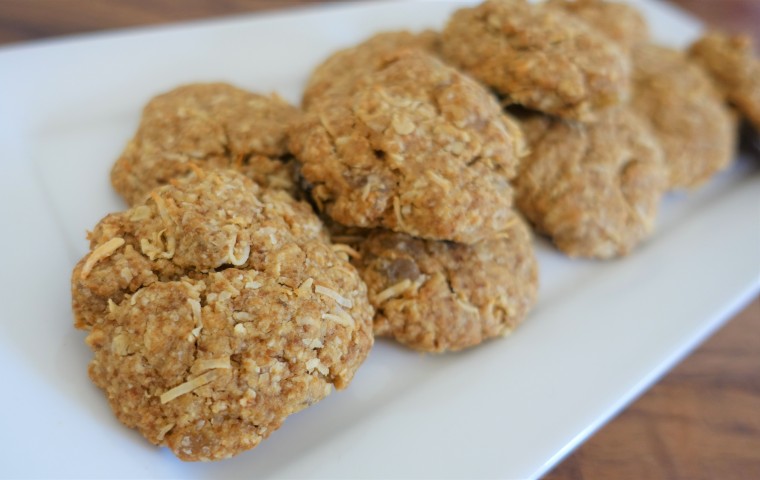 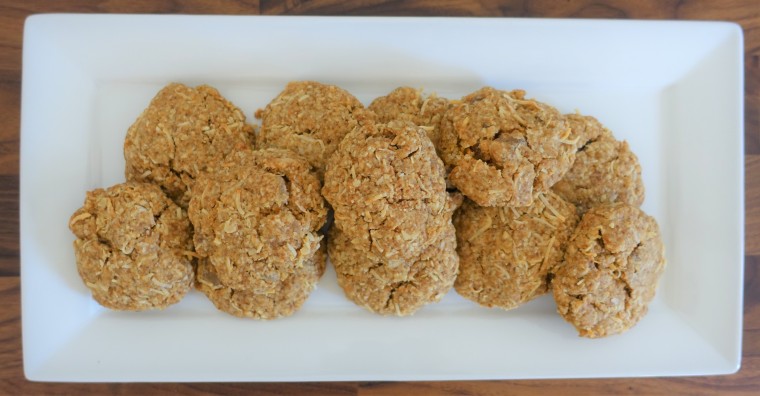 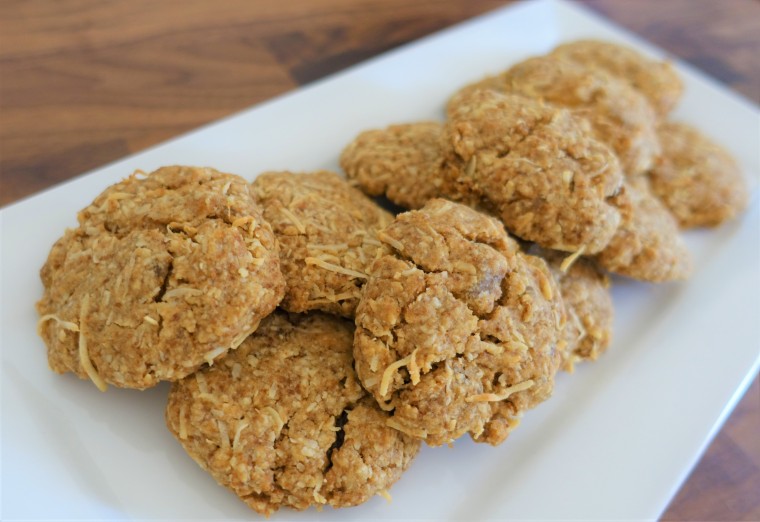